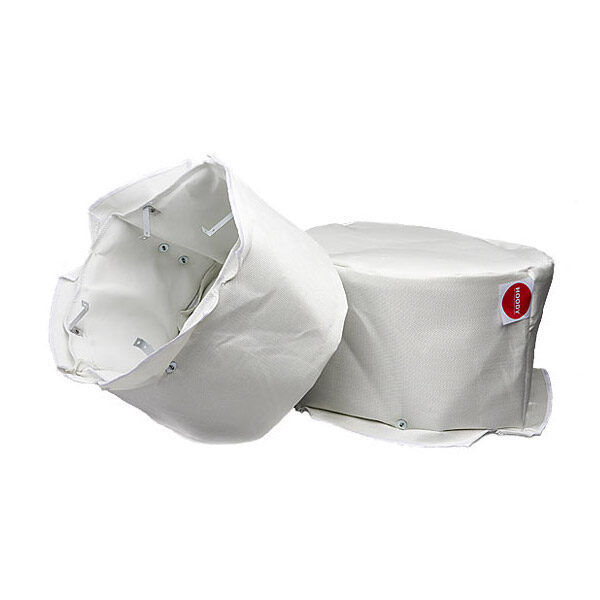 The Hoody™ 1 from Hoody Speaker Hoods Ltd is a fire hood and acoustic speaker hood designed not only to comply with the 30 minute fire barrier but to give you total peace of mind with 90 minutes of fire protection. Designed to be used with speakers that have 5-6 inch drivers. Ensure your project is safe with Hoody Fire Retardant Speaker Hoods that protect against the spread of heat/smoke through the ceiling recess in the event of a fire.

The Hoody™ 1 from Hoody Speaker Hoods Ltd is a fire hood and acoustic speaker hood designed not only to comply with the 30 minute fire barrier but to give you total peace of mind with 90 minutes of fire protection. Designed to be used with speakers that have 5-6 inch drivers. Ensure your project is safe with Hoody Fire Retardant Speaker Hoods that protect against the spread of heat/smoke through the ceiling recess in the event of a fire.

The HOODY1 not only gives fire protection but is also reduces the amount of backtalk to rooms above, making speaker installations below a bedroom much more achievable.

Hoody Speaker Hoods are fully compliant with Parts B, L,C, and E

The British Standard BS 7671 IEE Regulation 527-02-01 states where the fire barrier in elements (eg floors, walls) of the building are broken for cabling elements (eg speaker cable), the opening should be sealed with the same level of fire barrier.

This means anytime you cut a speaker into the ceiling you are removing the 30 minute fire protection the ceiling provides from the fire spreading from room to room. As such Hoody Speaker Hoods gives you back that protection and peace of mind while also improving the quality in the room and reducing the sound leaking to rooms above.

Regulation 527-02-01 “Where cables pass through a wall or floor that is a fire barrier, the hole round the cable shall be sealed to the same degree of fire resistance as the wall or floor”

Fire and Acoustic Speaker Hood for 5″” to 6″” Speakers (265 x 160mm) is especially designed for in-ceiling speakers and features a fire rating of up to 90 minutes, is Parts B,L,C and E compliant and covers all makes of speakers from 5″” to 6″” designs.

Let’s begin with a brief review of some theory about fire safety. The spread of fire within a building is restricted by sub-dividing the building into compartments separated from one another by walls and/or floors of fire-resisting construction. There are two reasons for this:

Walls that separate semi-detached houses or terraced houses are constructed as fire compartment walls and the houses are considered as separate buildings. Where a domestic garage is attached to a house, (or forms an integral part of it), the garage should be separated from the rest of the house by a fire barrier.

Installing speakers in ceilings that are not fire compartments

Speakers are commonly installed in locations such as lounge ceilings, which are not fire compartment ceilings. Even though they are not fire compartment ceilings, does not mean that they do not require some degree of fire resistance. The minimum fire resistance of a floor in a two-storey house, for example, is given in Appendix A of Approved Document B , ‘Fire Safety’, as 30 minutes. The idea is that, in a fire situation, the floor will not collapse for at least 30 minutes, enabling building occupants to leave safely. In-ceiling speakers are usually made of plastic and have a diameter of approximately 200mm. Common sense suggests that cutting a number of large holes in the plasterboard ceiling of a timber joisted floor and installing plastic in-ceiling speakers may compromise its fire resistance capability.

Speakers in ceilings under roof spaces

In situations where speakers are installed in ceilings under roof spaces, where debris or thermal insulation may accumulate on top of the speaker, a case could be made for installing a HOODY™ speaker hood to keep the speaker in good working order and improve its sound performance.

Speakers in flats and maisonettes

In buildings containing flats or maisonettes, floors are constructed as fire compartment floors. However, suspended ceilings, comprising of metal grids and plasterboard with voids of approximately three inches, are frequently installed for sound insulation and to hide services. Where suspended ceilings have been installed in flats and maisonettes, they can conveniently be utilised to install speakers without fireproofing. In Scotland, the Building Regulations don’t allow speakers to be installed in fire compartment ceilings if they are timber-based, unless a suspended ceiling has been provided. It is understood that this requirement is to reduce noise transmission between dwellings.

For fire compartments to be effective, there must be continuity at the junctions of the fire-resisting elements that enclose them, and any openings from one compartment to another should not present a weakness. Section 9 of Approved Document B, ‘Fire Safety’ permits openings to be made in compartment walls and floors for certain purposes, including the passage of pipes, etc, that meet the provisions in Section 11. Clearly, the requirements of Approved Document B must be satisfied when installing speakers in fire compartment ceilings. The advisability of keeping the number of speakers in any one area to a minimum and to space them as far apart as possible is especially important when installing speakers in fire compartment ceilings. As the period of fire resistance for fire compartment ceilings will be at least 60 minutes, it will be necessary to restore their fire resistance capability. The use of HOODY™ fire hoods is one of the only ways of achieving this.

For any In-ceiling speaker installation it is recommended that the local authority building control be consulted.

Please note, we will be closed from 29th July 2021 until 9th August 2021. No orders will be dispatched during this period. Please accept our apologies for any inconvenience this may cause you. Dismiss